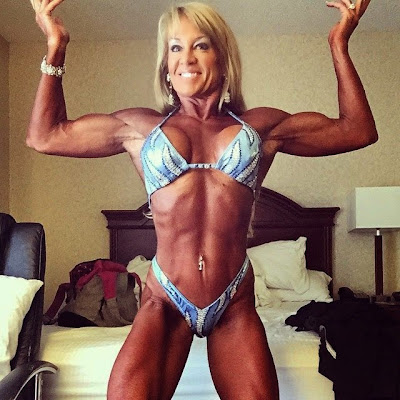 
It’s been over a year since I have written, a lot has happened in that time.  I feel like I came to the end of a very long journey, only to sit down for a rest, open the door to look outside and find a long and winding, but beautiful road ahead of me yet again.

When I started with my coach, Dr. Layne Norton, I had never heard of “reverse dieting” and it was a fairly new concept to everyone. I went through many ups and downs, mostly the fear of gaining weight and getting fat. I still have bouts with it on occasion, but those moments are few and far between.

I competed in October of 2014, only once this past year. I came in second place in Women’s Physique in an NPC show, there was only height categories, not age, so to be second place, especially being as old as all the other competitors mothers is thrilling, absolutely thrilling!

I looked better than I ever have; I had a smooth and fairly easy prep. Layne certainly dropped my food at a few points, and cardio was increased, some days HIIT with 13 intervals…exhausting! But I never, ever did cardio every day, nor did I slip back into the popular yet inaccurate belief that “tilapia thins the skin” and “you gotta eat clean to get lean”. 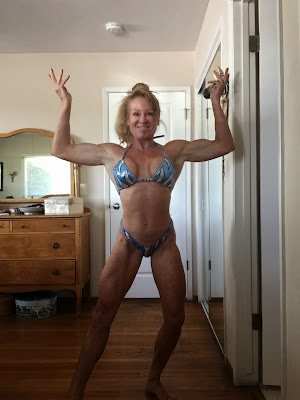 Layne also does not believe in dehydration, so I had lots of water, even on competition day. I did learn that sodium manipulation is very important though, and that goes hand in hand with water intake. “Peak week” is actually two weeks not one, and this is where you can really dial things in with very small tweaks. 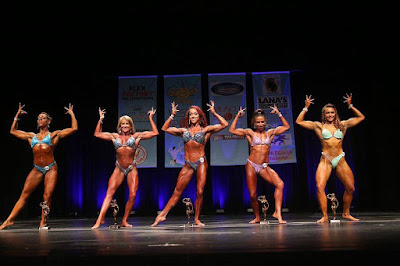 Top five, I am 2nd place


In the last year I have changed the way I lift, eat and my general outlook on “life”.  I have become quite talented with my flexible dieting approach to cooking, I am back to cooking like a professional chef,  no longer does David send me an email about a new restaurant asking if there is anything I can eat there- he sends me a text and just says “let’s go here tonight!”. He knows I no longer have food restrictions of any sort. Sure, I have caloric restrictions, but everyone should if they are intent on maintaining a certain physique or weight.

The freedom to eat like a normal person, and honestly believe that there is no such thing as a bad food has been one of the most valuable lessons I have learned in my adult life. 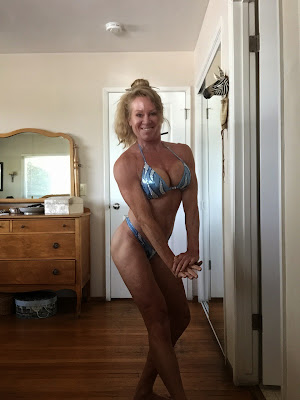 I am following more of a power lifting style of training- it's actually called Daily Undulating Periodization (DUP), I concentrate on squats, dead-lifts and standing military press, with two days of “accessory” (or fluff) work such as biceps, shoulders, back, calves. The stuff most people concentrate on in the gym.  I only do two days of cardio a week- 8 intervals of HIIT. Layne writes a new block for me every four weeks, I am progressing slowly and safely.

Here is an interesting link to an article about DUP, by Dr. Mike Zourdos, he taught me to squat at a Layne Norton V.I.P camp in Florida!

My calories got quite high at one point,  before I started my competition prep I was at 2644 calories a day, and I am still reverse dieting seven months later and not yet up there again.  As of today I am at 2442 calories a day, but I am only 4.5 pounds over stage weight!  Having calories this high means I can go wine tasting, or just knock back 6 ounces at dinner if I want. I have dessert nightly (although it is super low calorie), and eat what pleases me. 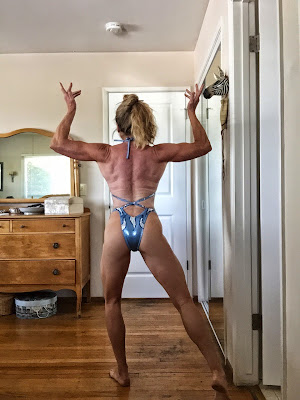 I still look lean and muscular; I am happy, very, very happy. I never blew up after my competition as most competitors do.

I had a wonderful time at my competition, probably because I felt fed, hydrated, safe, supported, and confident. But, I don’t know if I will do another again. I know, I have said that before, but this time I can feel it. 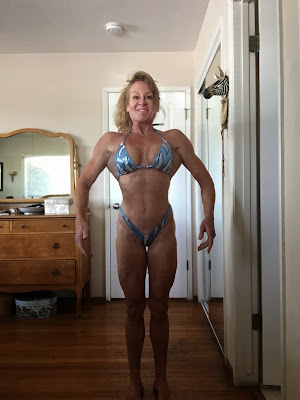 You see, I don’t have anything to prove any longer, I’ve done that. I am living proof of my successes.  I never had aspirations to be a fitness model, or be a “pro” (shit I started competing at the age of 47)….I wanted to prove to myself that age is not a barrier, that you don’t have to be 25 and half naked to be considered sexy.  I look better today than I ever did at 25 and better than most 25 year olds I pass on the street. I am not willing to take anabolic steroids, growth hormone or fat burners; so many people do and don’t consider the health consequences (or financial for that matter).

I talk to so many friends who are doing a great deal of cardio, everyday, months out from a show, they don't seem to understand that they can only increase the cardio, they cannot back off as they get closer to a show. They live off tasteless food for months and months (if you call that living) and dread going in to the gym for the twice a day sessions. I am getting better at holding my tongue, I hate seeing their social media posts about their horrible diet food, like cold tilapia and broccoli in a Tupperware container- at a wedding.......and I want to shout to the world that it's not necessary, but I haven't earned many brownie points for doing that, so I sit back and wait until they come to me, and a lot of people do. They ask how I do it, what is the secret.

I am excited to see the change in attitude about women wanting to be stronger, healthy and happy as opposed to skinny, helpless and dieting.  The movement to better understand nutrition, such as IIFYM also called Flexible Dieting (counting macro nutrients) is also a good one, how could I have been so naive to believe that certain foods were magical? That to diet successfully one must ingest only specific foods?  It does work, I am not saying it doesn’t, but it works because calories are being severely limited, that’s the only reason why “clean eating” works.  Just as the “paleo” and “gluten free” fads are waning, I foresee “clean eating” losing its popularity once people take the time to educate themselves and spend time figuring out their own caloric needs.

I just signed with Layne for another year- that’s how important this is to me, even if I may not compete, my training, nutrition and health are one of the most important aspects of my life.

I will be writing again, but not every day as I did a couple years ago, I don’t have the time. Follow me on Instagram, I’m there every day usually posting my epic food creations! @readyin5weeks

Check out my about.me profile!

Promote Your Page Too